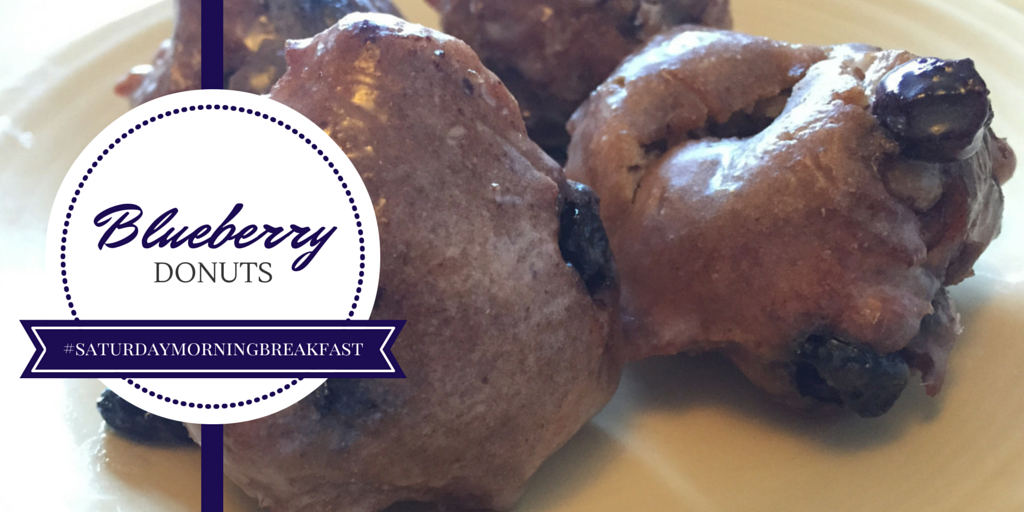 Well we are at the end of the first week of the 2nd Annual Paleo February but as usual, we couldn’t let January go out without a bang. I didn’t realize it at the time, but we made almost the exact same thing as last year right before Paleo February. I guess knowing that you’re going to be eating healthy for a month just calls for donuts. So this past Saturday, we said goodbye to January with blueberry donuts. Which are actually just the Pioneer Woman’s Apple Fritters but with blueberries instead of apples and a slightly modified glaze (aka shake some ginger into it).

Normally, I don’t like blueberries but somehow wrapping them inside a donut or a muffin helps me choke them down, if you know what I mean. 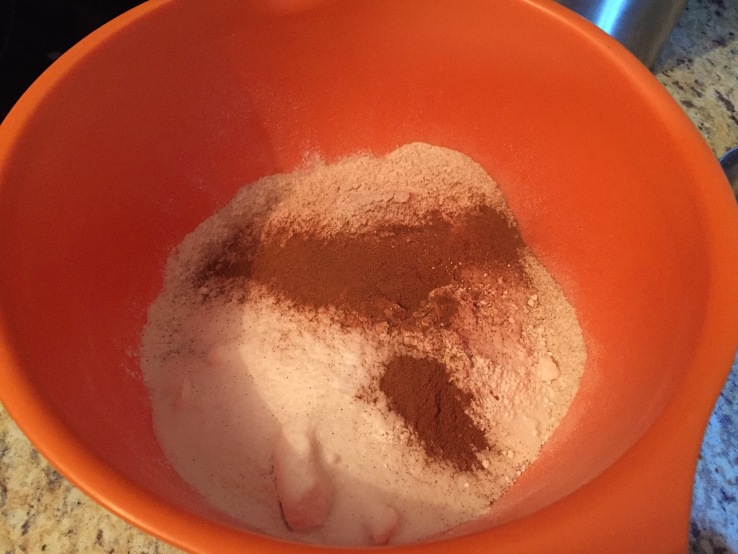 I was actually good this time and mixed the dry ingredients and wet ingredients separately. Normally, I just skip right over this because it means one more bowl that has to be washed post-donut coma. 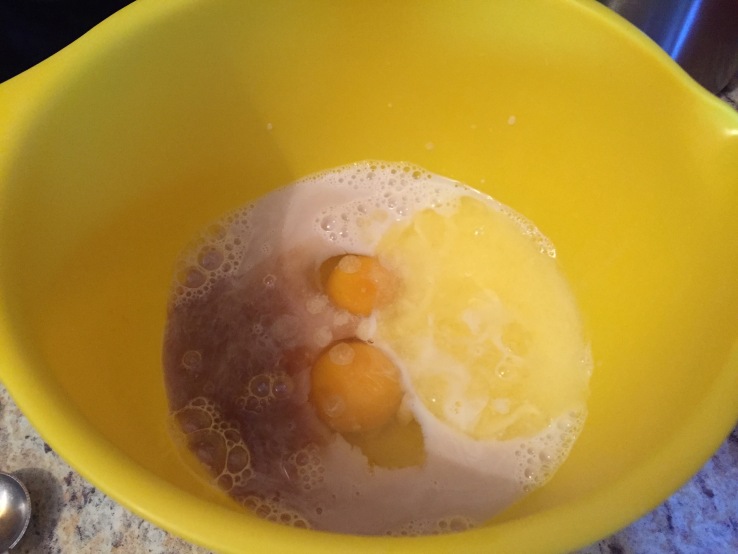 We combined all of the ingredients and then began worrying that we would not have enough donuts to eat. A legitimate concern in our household but we resisted the urge to double the recipe. 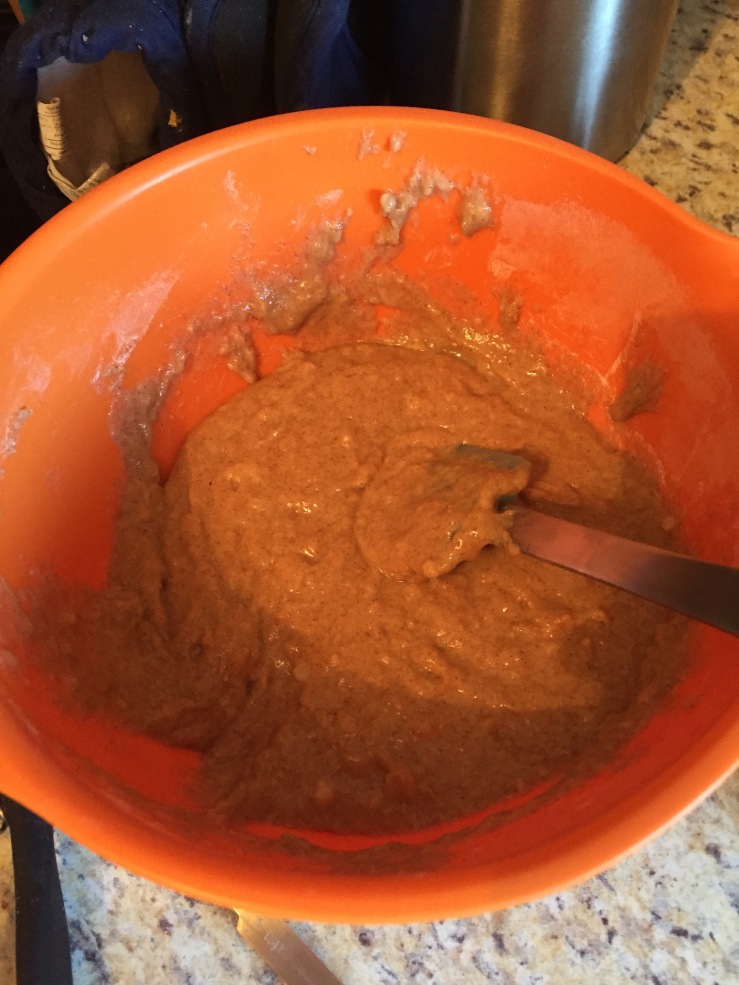 Before I put the blueberries in, I decided to test the oil and see it was hot enough. Clearly, no. “Quick Boil”? Not so much. 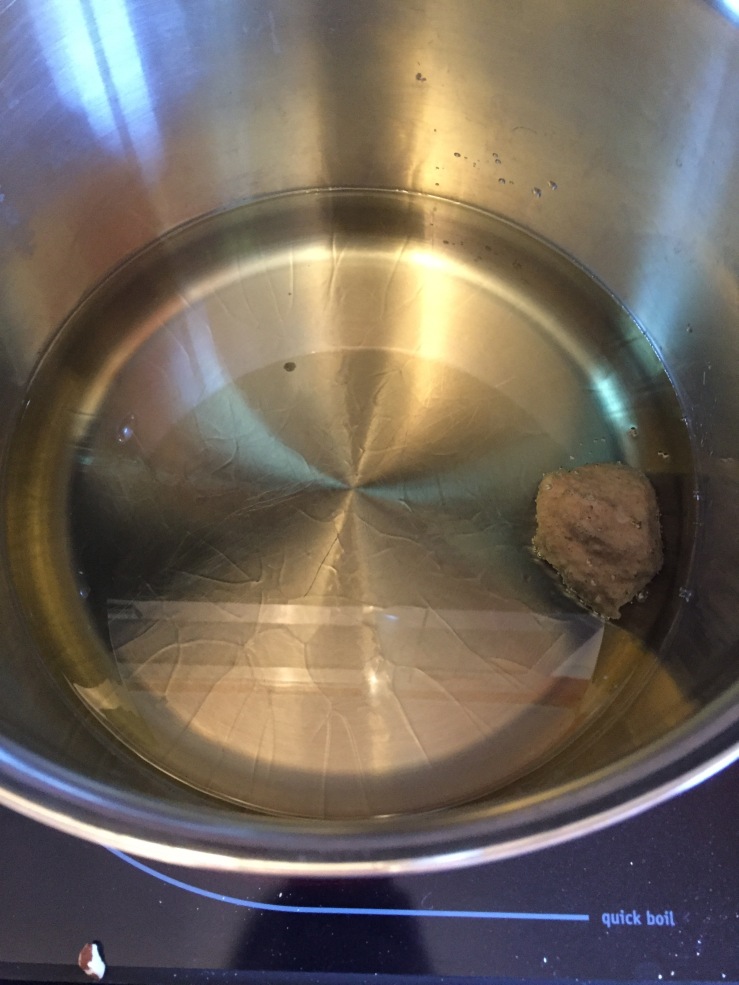 While the donut was relaxing in the luke-warm oil sauna, I decided to get the glaze mixed up and realized that we were out of confectioner’s sugar. 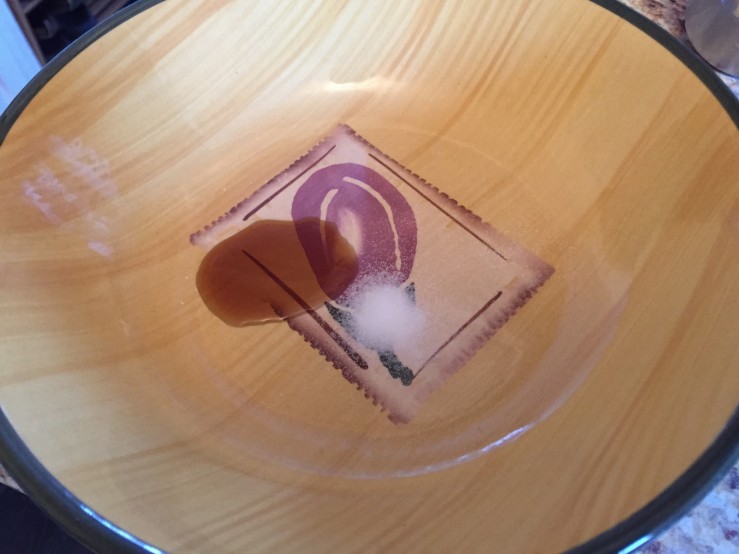 So I sent the faithful husband out to get emergency confectioner’s sugar from the closest grocery store. (He does not seem to mind last-minute errands when it results in tasty donuts for him.) 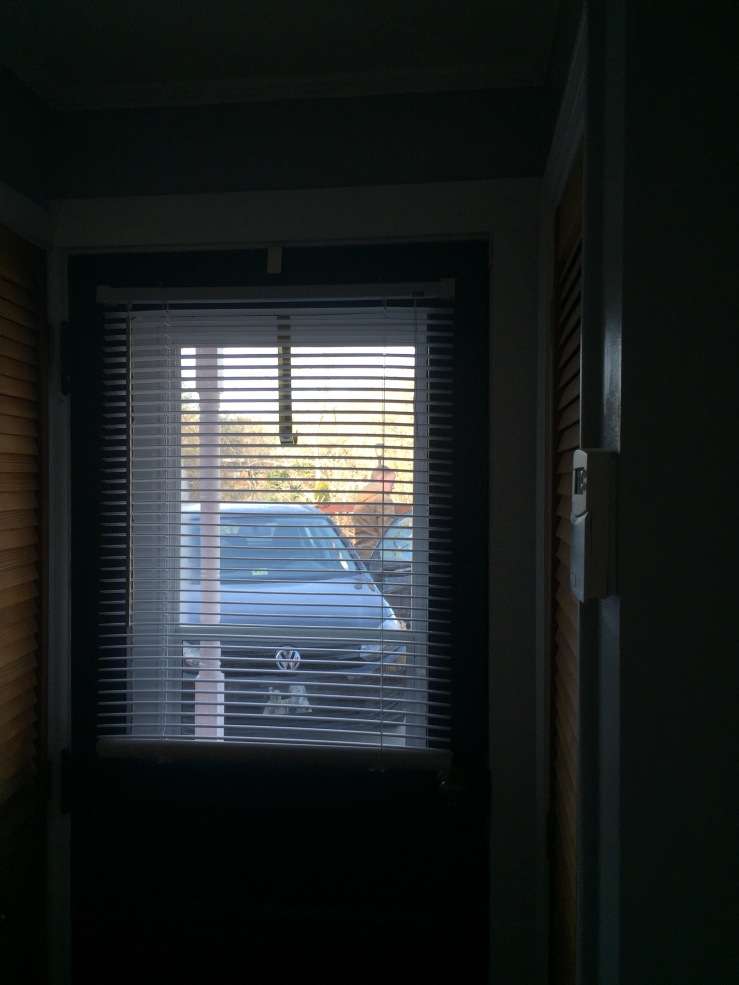 Huzzah! Powdered sugar mission is a success and the glaze is saved. 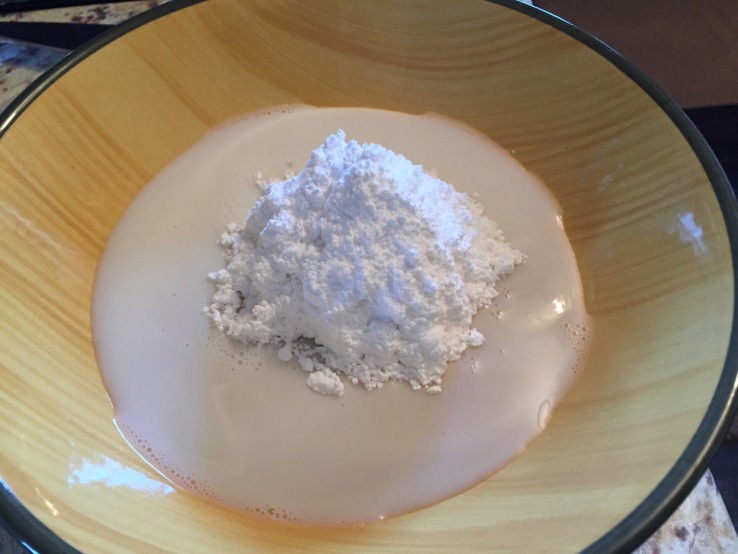 Finally, the oil is heated to a cooking temperature. Getting the oil to exactly the right temperature for frying sweet confections is an art that I am still trying to learn. I have mastered too hot and not hot enough but just right seems to elude me. 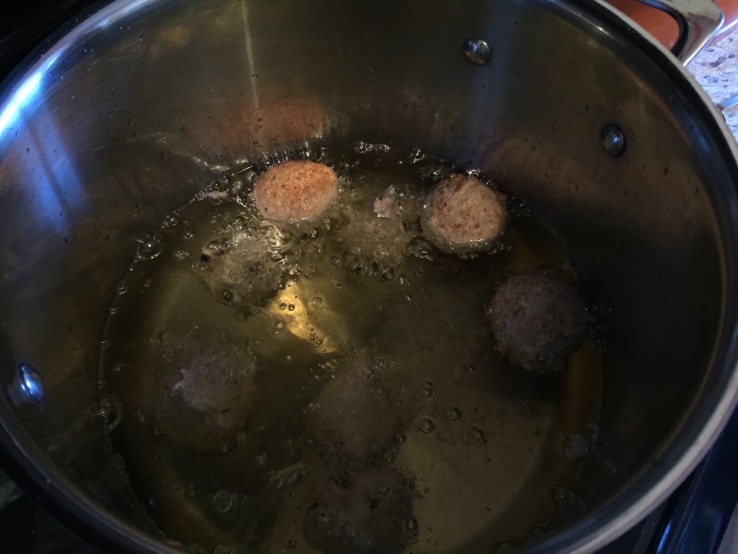 I waited to add the blueberries until I knew the oil was the right temperature because I used frozen blueberries and I didn’t want them to sit in the batter too long before they hit the oil. Side Note: I love my cookie scoop. It is so useful when you like to bake. I use mine all the time. 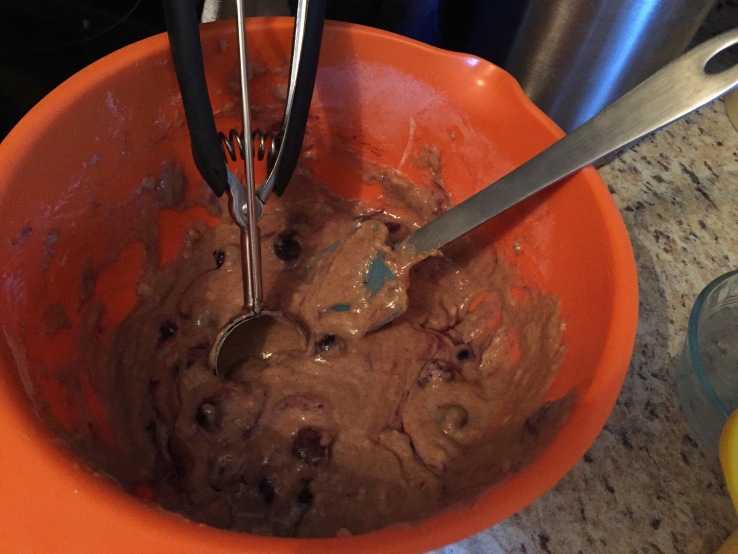 Fun fact: Unlike apples, blueberries will explode out of the donut while you are frying them making them kind of look like monsters with lots of eyes. (I suspect because they were frozen.) 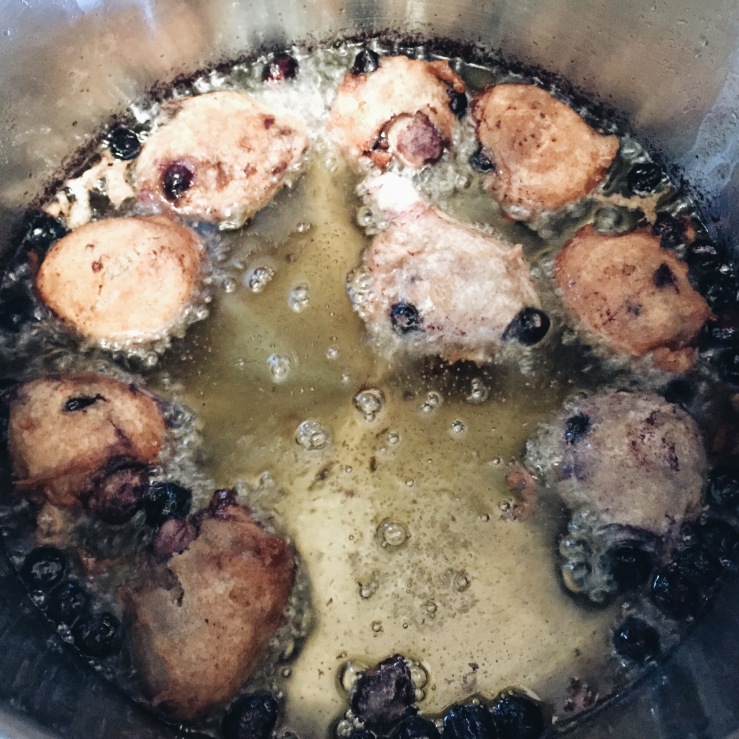 Success. A happy golden brown. We have attempted donuts not a few times, so I have come up with a pretty good system from processing them after they come out of the fryer. I put some aluminum foil under a cooling rack and use it for cooling and drying after they are glazed. So much easier to clean up. 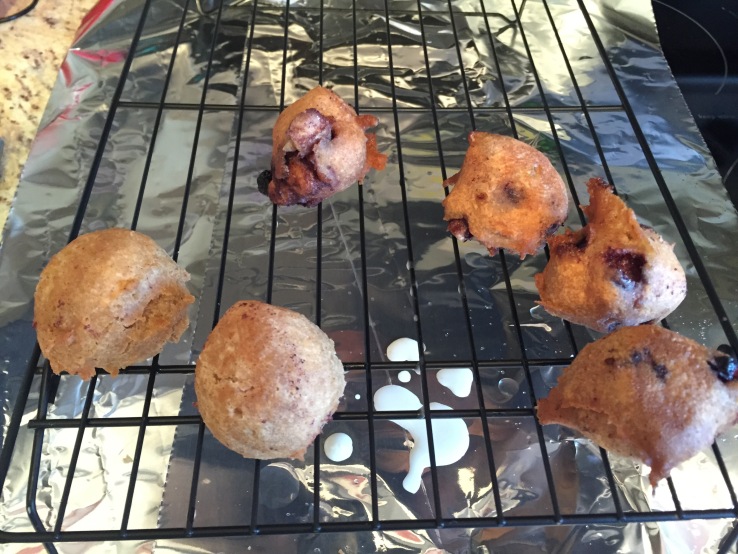 We added some ginger to the glaze inspired by a different donut recipe we tried a few months ago. Just a hint of ginger seems to go really well with the sweet cakeyness of the donut. 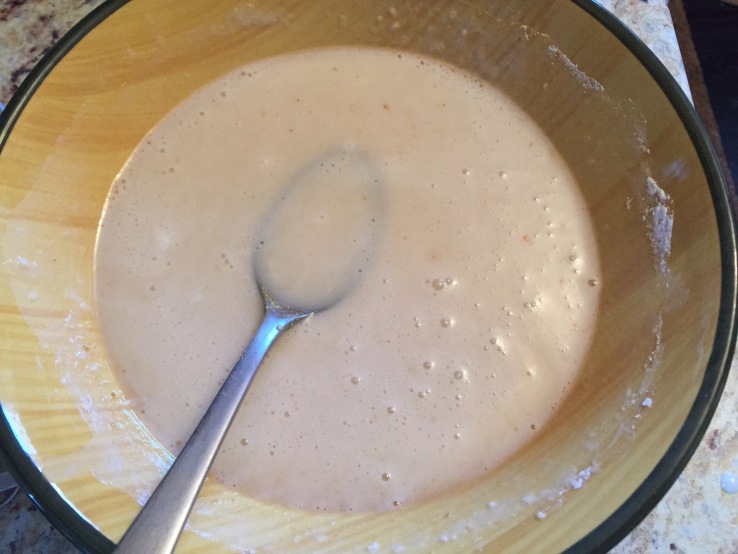 Well, this is what happiness on a Saturday morning looks like to us. What about you? 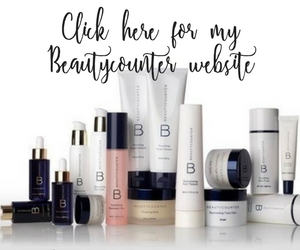 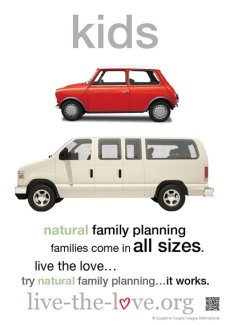