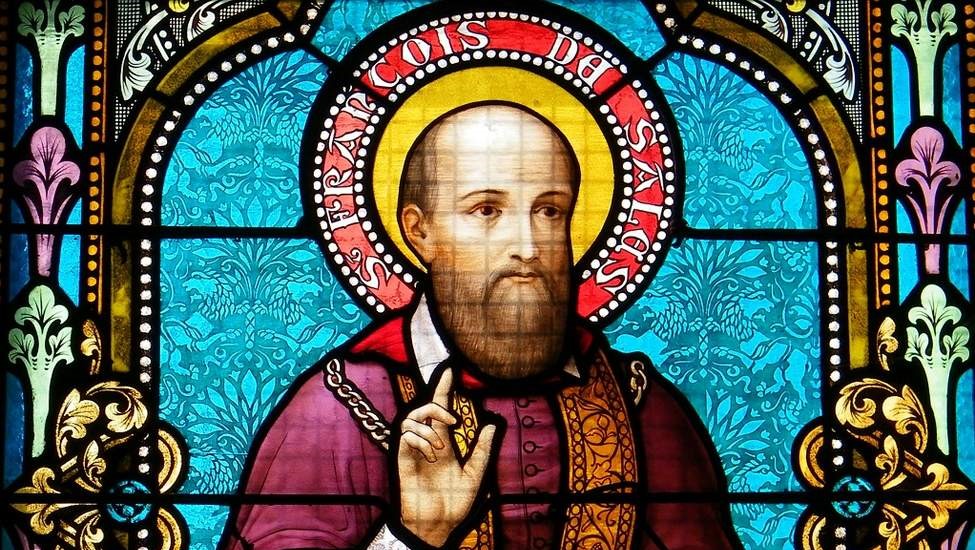 This morning I started reading Introduction to the Devout Life by St. Francis de Sales. A friend of mine gave it to me when she was cleaning out her bookshelves. I have been looking for something new to read during my devotional time and thought I would give it a chance. Well I’m only a couple pages in and St. Francis has been hitting me where it hurts so far. I want to share a quote with you, but it has been really hard to keep it small enough to be meaningful when I really just want to include an entire page.

In the first chapter, St. Francis makes the point that humans often judge their piety and devotion to God by their own standards. For example, if prayer comes easily to me then I consider myself devout when I pray a lot but give myself a break when I am a gossip because that is harder for me to give up. He posits that true devotion is measured by our love of Christ that manifests itself in our deeds.

When I write it out like that it seems so basic and not mind-blowing but I know that when I read it this morning, God was aiming those words right at me. Am I judging my devotion by being good at the things that come easily to me? Do I judge my brother or sister in Christ when they aren’t doing the things that come easily to me? I needed the reminder that root of it all is a love for Christ that spills over into my heart and life.

Ok, I think I can narrow the quote down from one page to two long quotes.

He that is given to fasting holds himself for very devout, if he do but fast, though his heart be full of rancour: and though he dare not moisten his tongue in wine or even in water for fear of transgressing sobriety, yet he scruples not to plunge it in the blood of his neighbour, by detraction and calumny. Another will account himself devout, for reciting a great multitude of prayers every day, although afterwards he gives his tongue full liberty to utter peevish, arrogant and injurious words among his familiars and neighbours.

True and living devotion, O Philothea, presupposes the love of God; nay rather it is no other thing than a true love of God; yet not any kind of love; for in so far as divine love beautifies our souls, and makes us pleasing to his divine Majesty, it is called grace; in so far as it gives us strength to do good, it is called charity; but when it reaches such a degree of perfection, that it makes us not only do good, but do so carefully, frequently and readily, then it is called devotion.

So, what’s been rocking your devotional world lately?